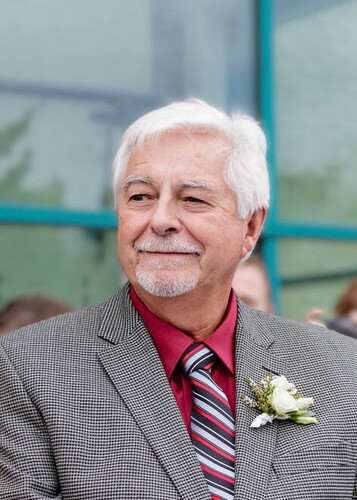 All who knew Frank will be saddened to learn of his passing after a brief battle with cancer on May 20, 2022, at the Chaleur Regional Hospital. Predeceased by his parents Mary (Johnson) and Abram Johnson, and sisters Selena and Patricia. Frank is survived by his wife Marion, sons Chris (Debbie) and Frank (Morgan), grandchildren Emma and Noah, siblings Charles (Judy), Mary (Don), Jim (Wanda), Dave, and many nieces and nephews.

Frank was born in 1950, in Jacques Fontaine, Newfoundland, a small fishing village on the Burin Peninsula where he grew up with his six brothers and sisters until he left home for Labrador City in search of a career. In 1968, Frank started his training with the Iron Ore Company of Canada where he earned his Red Seal Industrial Mechanic (Millwright) trade servicing heavy equipment in the mines. Frank was a gifted mechanic who spent the rest of his life appreciating well-made goods and properly maintained equipment. One evening at the ski lodge, he was introduced to Marion Costigan who would become his life companion and wife, when they married in 1974.

The Johnson family relocated to Bathurst, New Brunswick in 1981 in search of new opportunities with Brunswick Mines and settled first in the Parkwood Heights neighbourhood. After a few years, the family moved to North Tetagouche where they had a yard large enough for the boys to play in and a woodworking shop for Frank’s creativity to come alive on his many handcrafted items that he often thoughtfully gifted to others. Frank took great pride in both his sons’ education and extracurricular pursuits, always encouraging Chris and Frankie to do their best no matter what. Special neighbours Brian and Nola Dwyer, and Don and Ann Crozier became lifelong friends of the family.

Frank retired in 2010 to enjoy more than a decade of chillating (Frank’s expression for his leisure time). He played thousands of rounds of golf with his friends at his second home, the Gowan Brae Golf and Country Club, and invested precious time in his friendships and family connections. Frank and Marion took annual trips back to Newfoundland and numerous visits to Fredericton to dote on their grandchildren as Poppy and Nanny. Whether you knew him for ten days or ten years, Frank made everyone in his life feel accepted and welcome. His easygoing nature and genuine love of people will be his legacy.

As Frank did not wish to have a memorial service, donations in his memory can be made in support of the junior program at the Gowan Brae Golf and Country Club.

Special thanks to his caregivers Dr. Patrick Eddie, Nurse Practitioner Nathalie Gauthier, and the very special people at the Palliative Care Unit at Chaleur Regional Hospital who took extraordinary care of Frank in his final days.