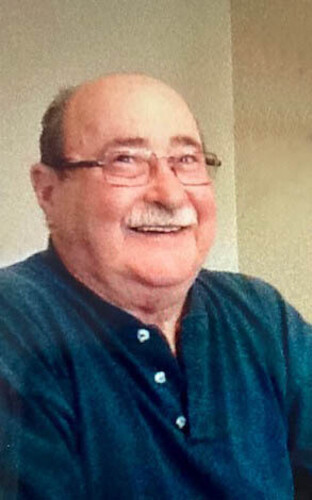 We, the family, announce the passing of Donald Robert Addison husband to Kay Addison which occurred at the Chaleur Regional Hospital on Saturday January 8th, 2022, at the age of 82.

Born in Saint Williams, Ontario, he was the son of the late Robert and Bernice (Arnold) Addison.

Donald worked at I.G.A Delhi, Ontario for many years as an assistant manager, then at T.R.W until his retirement. Donald moved to Bathurst from Ontario in 2010. Though he lived far away from his family, he loved them very much and thought about them often. He enjoyed living on the East Coast and loved playing country music on the guitar with the boys.

Besides his wife of Bathurst, he leaves behind two sons: Scott (Cindy) Addison of Saint Williams, ON and Brian Addison of Simcoe, ON.

One foster son: Darryl (Adriana) Burma of London, ON.

One brother: Wayne (Judy) Addison of Forestville, ON One sister: Carolyn (Randy) Deforest of Fergus, ON.

Besides his parents, Donald was predeceased by his sister Sandra, brother-in-law Ron Wardell and also a great-grandchild Luca.

There will be no visitation. A funeral service will be held from New Bandon Anglican Christ Church Clifton on Thursday July 21st at 2p.m.

Donations in memory of Donald may be made to the Christ Church Anglican or a charity of the donor’s choice.

Arrangements are in the care of Elhatton’s Funeral Home, Bathurst. (www.elhatton.com).