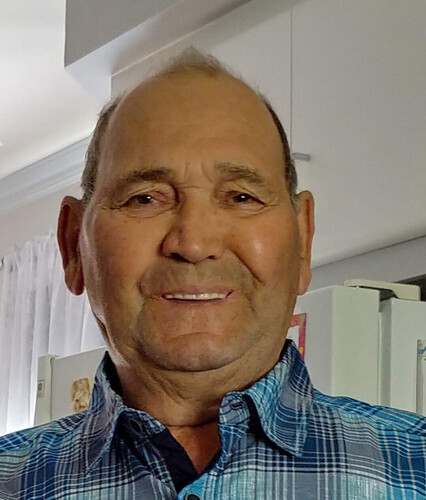 It is with great sadness that we, the family, announce the passing of August Boucher husband to Germaine (Chamberlain) Boucher which occurred at the Chaleur Regional Hospital on Thursday November 24th at the age of 85.

He was the son of the late Harry and Jennie (Chamberlain) Boucher.

Besides his wife of 64 years, he leaves behind his children: Byron (Debbie) Boucher, Denis (Shelley) Boucher and Donna Boucher all of Bathurst.

He was predeceased by his daughter in 2017, Gail Landry as well as his siblings: Hadley, Eloi, Riordon, Louis, Lionel, Alice, Kathleen and Doreen.

August retired as an industrial mechanic from Brunswick Mines. He was also a volunteer firefighter for the Sainte Anne Regional Fire Department, Rough Waters brigade. He was a jack of all trades who loved helping his kids when needed. His famous saying was “Worry pas” and now it’s our time to tell him, “Worry pas”.

Funeral mass will be held on Tuesday November 29th at 2p.m from Sacred Heart Cathedral, Bathurst.

Donations in memory of August may be made to the Heart and Stroke Foundation, the Bathurst Food Bank or a charity of the donor’s choice.

Arrangements are in the care of Elhatton’s Funeral Home, Bathurst. (www.elhatton.com)