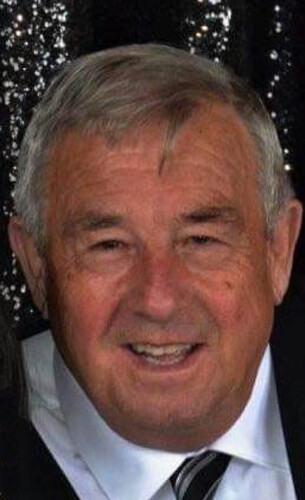 It is with heavy hearts the family wishes to announce the passing of Robert Salesse of Sherbrooke, Quebec, which occurred peacefully surrounded by his family on September 23, 2022 at his sister Darlene’s residence in Bathurst, NB as it was his last wish.

Born in Bathurst, NB, Robert was the oldest of the family of the late Edgar and Celina (Vienneau) Salesse, and is survived by his wife of 55 years, Paulette Raiche, one son Pierre of Québec and two granddaughters, Daphnee and Rosalie of St. Catherine de la Jacques Cartier, Québec.

Family was everything to Robert, and he will be sadly missed by his four sisters: Francine Imbeault (Alexandre Doiron), Leah Doucet (Gilbert), Darlene Labonville (John) and Lisa Guignard (Eugene), several nieces, great nieces, nephews and great nephews, including all his in-laws the Raiche family.

A special thank you to Dr. Marc Aucoin, Dr. Mathieu Morrison, Dre. Marie- Andrée Arseneau, and Dre. Marie-Soleil Lamarre, and all nurses of the Extra Mural program for their passionate and excellent care given to Robert, as well as all the staff of Chaleur Regional Hospital he encountered.

Robert lived a fulfilled life starting with his first job in 1965 as a gas attendant for W.J. Cormier (Percy Cormier) earning .40 cents per hour. However, it didn’t take long for Robert to move along to La Parelle lumber and work as a Boiler Operator alongside of his father, who was a Stationary Engineer.

Finally, in 1992, Robert accepted the job of his dreams and lifetime career Chief Engineer for Bishop University in Sherbrooke, Quebec. While being an entrepreneur as well at the same time he had rental units, two apartment buildings, and two houses until his retirement in 2008.

Robert took every opportunity he had to be with his family and friends at family gatherings and vacations. He loved to travel, and he sure did travel the world with his wife Paulette.

Arrangements are in the care of Elhatton’s Funeral Home, Bathurst, NB (www.elhatton.com).