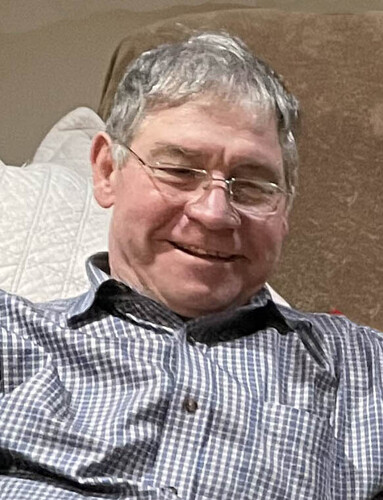 Bathurst - The family of Byard Cecil Black are saddened to announce his passing on Sunday, July 31, 2022, at the Chaleur Regional Hospital. Byard was 72.

Born in Bathurst, he was the son of the late Cecil and Doris (White) Black.

Byard was retired from the former Brunswick Mines, where he was employed from 1974 to 2005. He was a member of the Nepisiguit Sports Lodge for many years and when he wasn’t on the trails you could often find him in the kitchen helping prepare evening meals. In his earlier years, Byard played softball with some of his cherished friends for The Basin Bulls. In retirement, he was a season ticket holder of the Acadie-Bathurst Titans. He enjoyed hockey, played in his youth and was an avid Montreal Canadian fan. He was a Scout Leader for many years and took part in several of the Scout Jamborees. An event Byard really enjoyed in his life was time spent with 13 other friends on an annual weekend canoe run of the Nepisiguit River. The group called themselves the Bash & Crash.

Byard leaves behind the love of his life, Doreen (Thibodeau) Black, his wife of 51 years, and three children; his sons Trevor (Natalie) Black of Halifax, NS, Travis (Jessica Driscoll) Black of Bathurst, NB and daughter Tanya (Denis Jennings) Black of Saint John, NB. He was a cherished grandfather (lovingly known as Pops) to his six grandchildren: Xander, Lauren, Lacey, Zachary, Conlan and Oaklyn.

He is survived by two sisters; Carol Holdsworth (Allison) of Riverview, NB and Lou MacPhee (Gary) of Petitcodiac, NB and one brother; Terrence Black (Therese) of Bathurst, NB.

He is also survived by many nieces and nephews and a large loving family.

The family would like to thank the staff at the Chaleur Regional Hospital and Dr. Maltais for the care he received.

The family will receive relatives and friends at Elhatton’s Funeral Home (www.elhattons.com), Bathurst, on Thursday from 2 to 4 and 7 to 9 p.m. The funeral service will be celebrated Friday, August 5, 2022, at 11 a.m. from the Funeral Home Chapel.

Donations in memory of Byard may be made out to the Canadian Cancer Society or a charity of the donor’s choice. Arrangements are in care of Elhatton Funeral Home (www.elhatton.com), Bathurst.