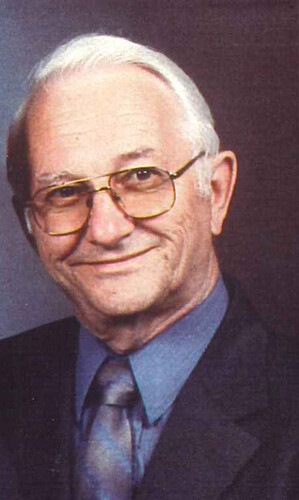 It is with great sadness that the family announces the passing of Ernest S. Blanchard, of Laurier St., Bathurst and formerly of Major Lane, on Monday, May 16, 2022, at the Chaleur Regional Hospital, at the age of 90.

Born in Bathurst, he was the son of the late Stanislas and Victoria (Christie) Blanchard.

Ernest leaves behind his loving wife Rose Marie (Duguay) Blanchard of 67 years of marriage and his two loving daughters: Juanita (Alain) Fortin of Beresford and Carol (Michael) Lemire of Bathurst.

Besides his parents, he was pre-deceased by his brothers: Wilfred, Kenneth, John, Harvey, Arnold and Lionel; sister Marguerite (late Richard) Cameron and infant sister Priscilla.

Ernest worked for the former Consolidated Bathurst Paper Mill for 40 years. Retiring at the age of 60, he spent many years enjoying his beloved cottage on Beresford Beach.

There will be no visitation at the funeral home. Funeral mass will be celebrated Tuesday, May 24th, 2022 at 4 p.m., from Holy Family Church. The family request that mask be worn at for the church services.

Donations in memory of Ernest may be made to a favorite charity of donor’s choice.