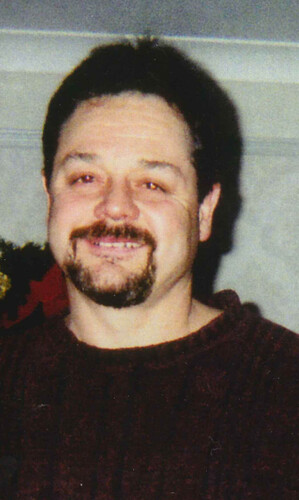 Louis Couture of Bathurst, husband of Sharon (Caissie) Couture passed away at his residence on Tuesday, April 19, 2022 at the age of 65.

Born in Bathurst, he was the son of the late Wallace and Cecile (Nini) Couture.

Besides his wife of Bathurst, he is survived by his son Shawn Couture, daughter-in-law Teanna Murphy. His grandchildren, Kali and Bentley.

One brother, Brian Couture of Bathurst.

Besides his parents, he was predeceased by a son, Nicholas (Nick) Couture.

Louis worked at Brunswick Mines for 14 years and 30 years with NB Power, with last 10 years spent at Nepisiguit Falls, which he loved.

Louis’s passion was planning bike runs that he and Sharon did with friends. Robert Payne’s bike parties, were memorable, Louis would talk anyone’s ear off that would listen and dancing with anyone and everyone.

His hobbies also included going up river fishing on the lake with Sharon, moose and deer hunting with his buddies.

His greatest love were his sons and his grandchildren, Kali and Bentley who he adored more than life. They enjoyed their four wheeling trips to the camp and snowmobiling in the winter.

Kali will especially miss the beauty parties she had with her Poppie, he would let her paint his nails and put on makeup. He spent his time playing cars and games with Bentley. The love that they shared was special and he will be greatly missed.

Louis, I will miss you with all my heart and soul, 45 years together, we had some really great times. I will miss my biking and fishing partner that I shared so many stories with, your jokes when I was down, which made me laugh. You are now in heaven, with our son, take his hand and keep smiling down at us, you will both always be in my heart.

A special thank you to Brian, his brother and best friend thank you for everything you have done for us, to the Extra-Mural, especially Mireille and to his best friend Billy Leslie.

There will be no visitation at the funeral home.

Funeral mass will be celebrated on Tuesday April 26, 2022 at 11 a.m. from the Sacred Heart Cathedral, St. Andrew St., Bathurst.

Donations in memory of Louis may be made to the Canadian Cancer Society, the IWK Foundation or a charity of the donor's choice. Arrangements are in the care of Elhatton Funeral Home (www.elhatton.com), Bathurst.