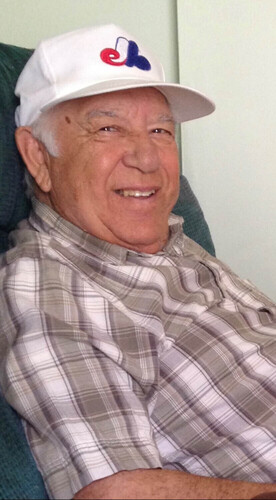 Bathurst - Robert "Bobby" Lavigne, 78, of King Ave., Bathurst, passed away on Monday April 18, 2022, at the Chaleur Regional Hospital, Bathurst, after complications due to Covid.

Born in Bathurst, he was the son of the late Donald and Lena (Landry) Lavigne.

Bobby was retired from the former Brunswick Mines.

He is survived by his only daughter, Rachael Thibodeau (Rob) of Saint John.  Two sisters: Linda Kelly (Lloyd Southern) of Bathurst and Lorraine Sealy of Quispamsis, NB.

Besides his parents, he was pre-deceased by his wife, Joan (Melanson) Lavigne and a sister, Brenda.

The family would like to thank his sister, Linda, for being a constant companion and care giver, Dr. Larocque and the staff of 2nd West of the Chaleur Regional Hospital for the care and kindness given to Bobby during his stay.

There will be no visitations at the funeral home. A private graveside service will be held at a later date.

Donations in memory of Bobby may be made to the Kidney Foundation, Alzheimer’s Society or a favorite charity. Arrangements are in the care of Elhatton’s Funeral Home (www.elhatton.com), Bathurst.