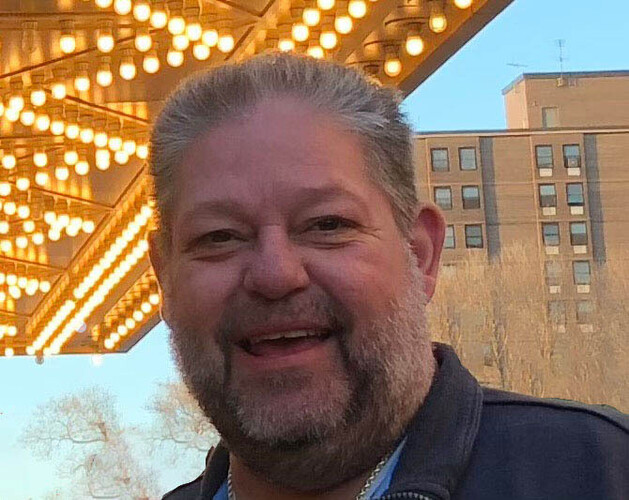 It is with profound sadness that we, the family, announce the sudden and recent passing of our brother, Darrell Glen Laszewski which occurred in Freeport, Illinois.

Darrell was born in Trenton, Ontario in September of 1961, to the late Ruth Smyth (South Tetagouche) and Ben Laszewski.

Darrell and family moved to Bathurst in 1971 where he spent his childhood participating in baseball and hockey. In later years he enjoyed golfing at Gowan Brae. Darrell graduated from Bathurst High School in 1979.

Following High school, Darrell first joined the military (Army) and then attended and graduated from NBCC Moncton as an Electrical Technician. He began working in Bathurst for Elco, providing Sales and Service for that company. Darrell continued his career in Sales with Honeywell Corporation where he received many awards and accolades for his high achievement in Sales within the company. It was through his travels with Honeywell that he met and married the love of his life, Teri Winter and moved and settled in Freeport, Illinois where he continued working for Honeywell for a few years.

His latest and proudest achievement career-wise was the recent completion of a long -haul driver training program where he earned his license to operate 18-wheeler trucks on long haul journeys. This was to be the next new phase for Darrell, and he was excited at the prospect.

Darrell is survived by his family on both sides of the border including Teri Winter (Freeport IL) and her family, sisters Susan (Rick ) Moore , Sandra (Steve) Melanson, and their families in Fredericton, his adored uncle, Hugh Smyth (Janet), nieces and nephews in both Freeport and Fredericton, several cousins and many adoring friends. Anyone who has had the privilege of an evening with Darrell and his Bathurst “Band of Brothers” will know exactly how loved and adored he was. Their gregarious laughter , endless ribbing and undying devotion of these boys to each other is the ultimate definition of friendship and unconditional love.

Darrell radiated genuine happiness, pride and love for his family and friends. His warm, outgoing personality made him a natural in the field of Sales as well as the life of the party. A “foodie by nature” Darrell was an excellent and experimental cook and always left people wanting more of his delicious meals. He loved and was loved by so many. To say we miss him already is an understatement.

A celebration of his life will be planned for later this year.