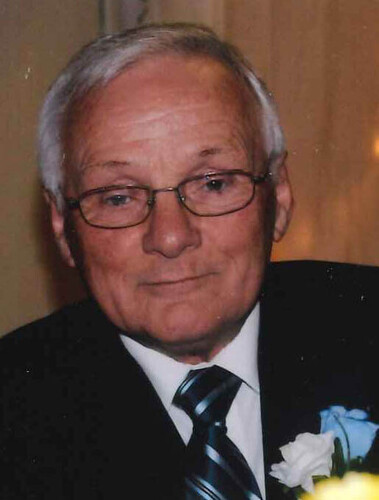 On October 31, 2021 after several months of declining health, Alvin Joseph DeSilva passed away peacefully at Chaleur Regional Hospital with his wife and children by his side, he was 81 years old.

Alvin was born in Bathurst, NB to Wilfred and Stella (Laroque) DeSilva.

Alvin’s proudest moment in life was marrying the love of his life, Lucille (Mallet) DeSilva who lovingly supported him throughout their 60 years of marriage until their last days together.

He was a loving grandfather to Danica, Daniel, Christopher, Michel, Alexandre, Matthew, Samantha, Eric, Kyle and Sasha and great-grandfather to Ellis, Lincoln, Lily and Rhys.

He worked hard all his life including 36 years with Atlantic Wholesalers retiring at the age of 59. After his retirement he spent time researching his genealogy where he discovered he was a direct descendant of Pedro Dasilva, who was the very first postman in Canada.

Alvin was an avid golfer, enjoyed gardening and spending time with his family. He was a loyal Titan fan and never missed a game. You could often hear him cheering well above the crowd. He was a devout Catholic who never hesitated to selflessly volunteer his time to the church.

The family would like to express their sincere thanks to the staff of the ER, 2nd West, and Palliative Care Unit of the Chaleur Regional Hospital for the exceptional care provided. A special mention to Lloyd who was so very patient, thoughtful, and compassionate. They are grateful to the Extra Mural Program, Speech Pathologist Ghérica, Dr. Anne Renée Lagacé and Dr. Karine Thiboutot for the amazing care while under their watch.

Alvin had a firm understanding of what was important and the simplicity of living life with those you love. He made a difference in the lives of many and will be greatly missed.

There will be no visitation at the funeral home. Funeral Mass will be celebrated on Thursday, November 4th at 2p.m from Sacred Heart Cathedral, Bathurst.

Masks are mandatory and proof of double vaccination is required to attend the funeral.

Donations in memory of Alvin may be made to the Canadian Cancer Society or a charity of the donor’s choice. Arrangements are in the care of Elhatton’s Funeral Home, Bathurst (www.elhatton.com).