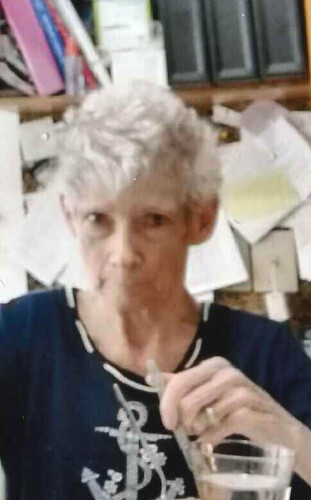 Bathurst, NB – Mrs. Brenda Perreault, wife of the late Bernard Perreault, of Bathurst, passed away Tuesday October 12th, 2021 at the Chaleur Regional Hospital in Bathurst at the age of 75.

Born in Montreal, QC, she was the daughter of the late Edward and Patricia (Cullen) Quinn.

Brenda was retired from the National Bank, active volunteer for the Children’s Wish Foundation and the New Brunswick Scottish Society.

She was the last surviving member of her immediate family and is survived by several nieces and nephews.

Brothers-in-law and sister-in-law: Guy Perreault (Coco) of Pointe-Claire, QC, John Perreault of Scarborough, ON, Andy Perreault of Vankleek Hill, ON and Denise Florin (Joe) of Mississauga, ON.

She was predeceased by a sister, Noreen Quinn.

Brenda fought a strong battle with huntington’s disease for many years.

A special thank you to the staff of Southern Comfort Villa for the kindness and care given to Brenda.

There will be no visitation at the funeral home. A graveside service will be held at a later date.

Donations in memory of Brenda may be made to the Children’s Wish Foundation or a charity of the donor’s choice.