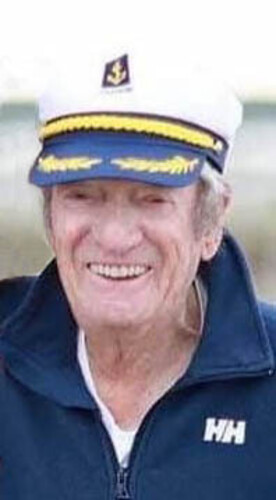 Bathurst- Edward “Eddy” LeRoy Colwell, husband of Sheila (Cormier) Colwell of Bayshore Dr., passed away on Monday, September 13th, 2021, at his residence at the age of 93.

Born in Spencer's Island, NS, he was the son of the late Walter and Virginia (Morris) Colwell. He was raised by his great-grandmother Mary Spicer.

Eddy is also survived by his sisters: Linda (Romeo) Despres and Judy (late Louis) Despres both of Saint John and a brother, Ricky of Toronto.

He will also be missed by many nieces, nephews, special friends and his faithful companions: Nelly and Tigger.

Eddy worked as a truck driver. His true passion was fishing on the Bay of Chaleur with his friends and family and in later years with his son, Michael.

He was always so proud of all his grandchildren including his youngest grandson, Spencer whom he resided with in his later years.

He was predeceased by his first wife, Lois, brothers: Walter 'Sonny’, Kenny and sisters: June Stronge and Deborah Colwell.

The family will receive relatives and friends on Thursday September 16th 2021 between 2-4 & 7-9 p.m. at Elhatton's Funeral Home (www.elhatton.com), Bathurst.

Funeral service will be held on Friday September 17th at 2 p.m. from the Elhatton Funeral Home Chapel.

A special thank you to Dr. A. Wade and the Extra Mural Nurses for their professional care, kindness and compassion.

In memory of Eddy, the family would appreciate donations to the Bathurst SPCA or a charity of your choice.