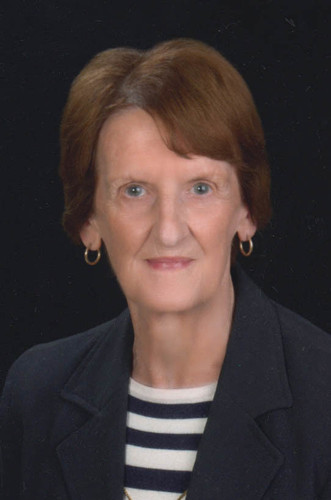 Bathurst -Mrs. Faye Eddy, wife of the late Norman Eddy, of Queen Elizabeth Dr., Bathurst, passed away peacefully on Saturday October 12, 2019 at the Chaleur Regional Hospital, Bathurst, at the age of 80.

Born in Bathurst, she was the daughter of the late Edgar and Gertrude (Blair) Hicks.

There will be no visitations at the Funeral Home.   Funeral Service will be held on Thursday October 17, 2019 at 2 p.m. from the First United Church, Bathurst, with a reception to follow in the Church Hall. Donations in memory of Faye may be made to the Crohn’s & Colitis Foundation or a charity of the donors choice.