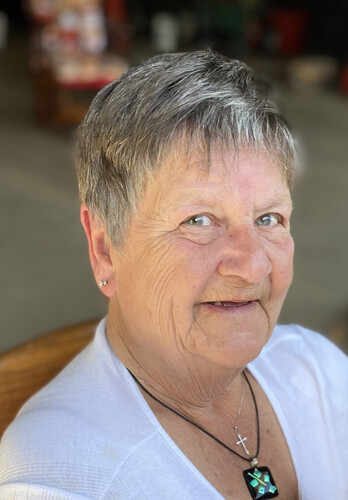 Born in Cap-Pelé, she was the daughter of the late Lionel and Laurina (Goguen) Landry.

Blanche was a graduate of the Bathurst School of Nursing in 1966, having worked as an R.N. in Moncton and Bathurst areas until her retirement.

She is survived by three children: Debbie Miller (John) and Sean Murphy both of Bathurst and Trish Ellis (Randy) of South Tetagouche. Three grandchildren: Tara, Danielle, Kassidy and one great-grandson, Owyn.

One brother, Paul Landry (Bernice) of Dieppe and one sister, Cecile Landry of Riverview. Several nieces and nephews.

Besides her parents, she was predeceased by one brother, Emery and one sister, Louise.

There will be no visitation at the funeral home. Funeral service will be held Friday, April 22nd, 2022 at 11 a.m. from the Elhatton Funeral Home Chapel (www.elhatton.com), Bathurst. Masks are required to attend the service.

Donations in memory of Blanche may be made to the Canadian Cancer Society or a charity of the donor’s choice.