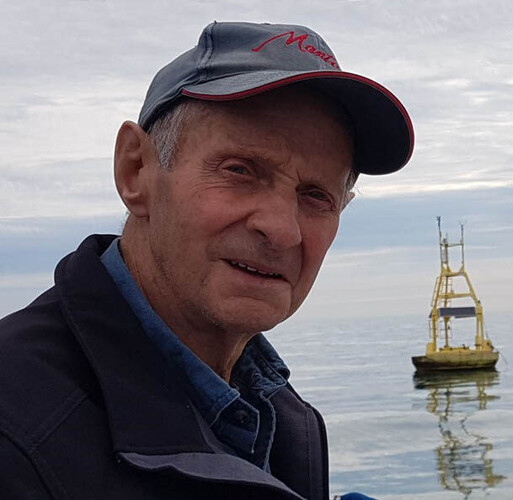 It is with heavy hearts, we the family of “Kenny” Kenneth Gordon Gammon, of Ste Anne St., Bathurst, sorrowfully announce his passing at the Chaleur Regional Hospital, Bathurst, on Friday, October 8th 2021 after a brief illness at the age of 83.

Born in Bathurst, he was the son of the late Gordon and Helen (Curwin) Gammon.

He is survived by his loving wife of 58 years Antonia "Tonie" (Roy) Gammon.

He leaves behind 2 children, his daughter Colleen (Glenn) Gauthier of Bathurst and his son Brian (Audrey) of Whitby, ON.

He will be sadly missed by his 4 grandchildren, Kaylee and Tarrah of Bathurst, William and Bayley Gammon of Whitby, ON, 2 Step grandchildren Taylor and Erin McGifford, and one sister Joyce Brewster of Bathurst.

He graduated from Acadia University in 1958 and worked in the woodland division of the Bathurst Pulp and Paper mill for over 35 years. He had a strong passion for sailing and travel and this love brought him on many nautical excursions and travel adventures both on the sea and off, to different corners of the globe. Being on the Acadia hockey team, his passion for the sport continued when he became a long time dedicated Acadie Bathurst Titans fan. Even in his last hours he was checking the score.

Kenny had a love for animals and nature in general. Anyone that knew him, would often walk away with a chuckle over a joke or two with his very dry sense of humor. After a conversation with Kenny, you could expect a smile on your face and to walk away hearing his favorite phrase “Take Care.”

“Take Care” dad, we will forever miss you, until we meet again, our hearts are broken.

Donations in Kenny’s honour can be made to the Canadian Cancer Society or a charity of the donor’s choice. A celebration of life will be held on Tuesday, September 6th at 2 p.m. from the Elhatton Funeral Home Chapel.  Arrangements are in the care of Elhatton’s Funeral Home, Bathurst.