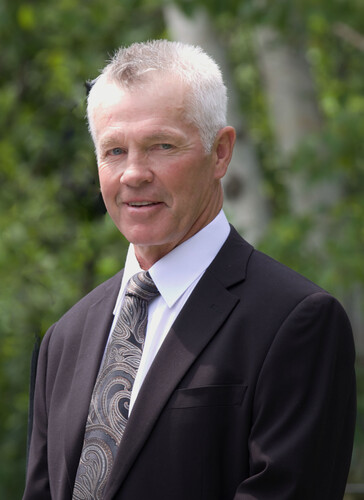 Very seldom does one man’s presence and love for life have such far-reaching impact on those around him and on the place he called home. Darryl Wesley Knowles passed away on October 7th at Georges-L. Dumont University Hospital Center (Moncton NB). He was 70-years-old, and lived fully surrounded by family and friends until his final moments.

Born in Bathurst, Darryl was a Downshore boy to his core. He was raised on his family homestead in Clifton by his two loving parents, the late Lyman and Ella (Smith) Knowles. From a young age, he worked and played tirelessly on the family farm, developing both a work ethic and an appetite for adventure that would become legendary through the rest of his life.

Darryl is survived by his wife Linda (Hickey) Knowles, with whom he created a home in Janeville that became a centre of friendship and support for the whole community. Darryl and Linda’s driveway is, to this day, always filled with cars of visitors who gravitate to their place for the sense of family that greets them every time they walk through the door. Their daughters Angela (Patrick Connolly) and Kelsey (Keith Wynn) have, like their father, pursued passions and talents in many areas of life, including their chosen profession as educators - carrying on Darryl’s drive for helping others and challenging people to reach their potential. He is also survived by one grandson Reese Wynn, who quickly became his Grampy’s greatest source of pride and joy, as well as his hope for another hockey player in the family.

His remarkably full life will be remembered with love by his siblings Shirley MacDonald (Arnold), Donna Weatherly (Bob), Jerry Knowles (Shirley), and Karen Knowles (Don MacGregor). Darryl was predeceased by siblings Glynn Knowles (Dorothy Atyeo Knowles), Garry Knowles (Joyce Blackett), Janice Unsworth (Al), and Reese Knowles. For these individuals and many others, Darryl was a pillar of strength, never holding back in any part of life, making each person feel special and like they were exactly where they needed to be.

The name Darryl Knowles is synonymous with hockey. Darryl created a reputation as a player who was (in his own words) “tougher than whale bones”. He built his skills playing pond hockey at home in Clifton. These humble beginnings set the stage for a Maritime Championship victory with the Bathurst Juveniles, before playing Junior Hockey throughout Ontario. Turning pro in 1973, Darryl proved himself an indispensable part of three teams in the North American Hockey League, playing for Syracuse, San Francisco and Tucson. He returned home to make an indelible mark on hockey in New Brunswick, winning a National Championship with the Campbellton Tigers and coaching the Bathurst Alpines to a number of victories throughout the 1980s. Darryl’s hockey career is immortalized in the film classic Slapshot, in which he can be seen playing beside Paul Newman, and in Toronto’s Hockey Hall of Fame, where his jersey was featured to honour his contributions to the sport.

Darryl retired recently from a lifelong career as a fisherman on the Bay of Chaleur. He began fishing lobster at age 14, carrying on the tradition from his own father. Taking great pride in his fishing boat (called The Salty Dog), Darryl invited family and friends onboard once fishing season was over to share with them the abundant beauty and resources of the bay. His respect for the water was matched only by his love of the woods of our region, where Darryl built a career on his own woodlot. His life on the water and in the woods fostered within Darryl a profound connection to nature, which he shared with his loved ones - always reopening their eyes to the patterns and mysteries of the natural world around us.

Most of all, Darryl will be remembered for the sincere appreciation for life that he showed every day - about life’s major events and achievements, but even more so about the little things that others often didn’t take the time to notice. The changing of the winds, the swelling of the tides, and the colours of the sunset reminding us that there are few things as beautiful as the ending of a day well-lived.

A Celebration of Life for Darryl will be held at Danny’s Meeting and Events Centre on Saturday, October 23rd at 4:00pm. All guests must wear masks and be fully vaccinated. Please note that there is limited capacity. Please arrive prior to 3:30 p.m.

Arrangements are in the care of Elhatton’s Funeral Home (www.elhatton.com) Bathurst.