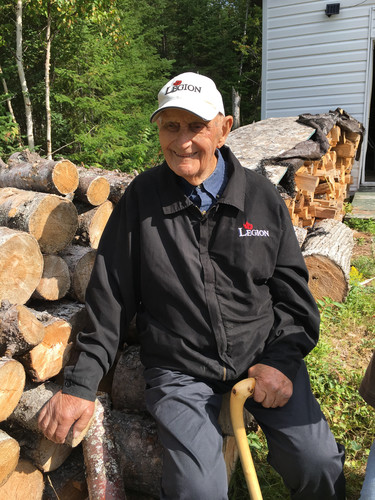 Bathurst – It is with a heavy heart and deep sadness, that we the family announce the passing of our beloved father, Elmer Vienneau, of King Ave, Bathurst, which occurred at the Chaleur Regional Hospital, Bathurst on Thursday October 24, 2019, at the age of 102.

Born in Bathurst, he was the son of Thomas and Mathilda (Vienneau) Vienneau.

Elmer served overseas in World War II with the Royal Canadian Army, North Shore Regiment and was a member of the Herman J. Good, V.C. Br. 18 Royal Canadian Legion, Bathurst. After the war he returned home and worked at the former Consolidated Bathurst Paper Mill for over 42 years.

Elmer had an interest and curiosity about many things. He loved being in the woods, whether it was cutting logs for firewood or a building project and there was hunting and fishing too. He could be seen on the snowmobile trails on his Yamaha sled until he was 101 years young. Going to the camp, Elmer enjoyed the time he spent there and the many projects he had to complete there. He liked to have projects. He was always inventing something in his shop or remaking something. Always a project! He was awarded, by the NB Snowmobile Federation, a plaque for the Oldest Snowmobiler in Canada. In the winter, he was always eagerly awaiting the supper list for the Nepisiguit Lodge. He would pick his favorite suppers that he would go to. Next it was his longtime favorite, the Danny Burger Run.

He was a well loved and respected man! Now he will no longer dance at the Legion, he is dancing with the angels.

Elmer is survived by his loving son and best friend, Blair and two daughters: Brenda Vienneau and Bernice Basque both of Bathurst.

Lovingly remembered by his grandchildren: Jason (Laura), Cathy (Jason), Donald (Sylvia), Derrick and Jonathan (Danielle), also a grandson, Chris, who lovingly and tenderly helped care for his grandfather in his last days. Elmer was very proud of his great-grandchildren; Samantha, Cameron, Avery and his companion and friend, Marielle Pitre.

Two sisters: Gladys Boudreau and Frances Wasney both of Bathurst.

He was pre-deceased by his wife, Helen “Lillian” (Lavigne) Vienneau, his youngest daughter, Shirley Boucher in 2014; three brothers: Arnold, Ernest, Harold “Hank” and a sister, Berthilde.

We will always miss you! R.I.P.

There will be no visitation at the Funeral Home.  Funeral mass will be celebrated on Tuesday October 29, 2019 at 1 p.m. from the Sacred Heart Cathedral, St. Andrew St., Bathurst.

Donations in memory of Elmer may be made to the Extra Mural Program, the Chaleur Regional Hospital Foundation (Cardiac Unit) or a favorite charity.

The family would like to thank the doctors and nurses who took care of Elmer at the Chaleur Regional Hospital Cardiac Unit, also to Dr. A. Bouchard for all the care and help from the Extra Mural Program. It was very much appreciated.

Arrangements are in the care of Elhatton Funeral Home (www.elhatton.com), Bathurst. 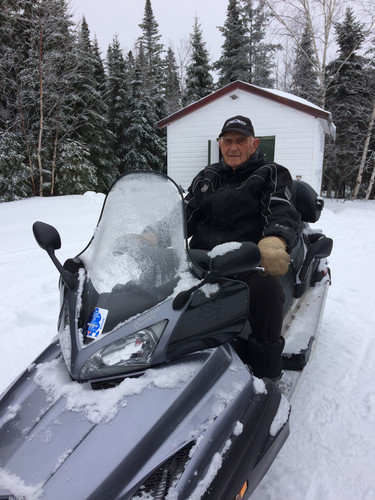